Beef chuck is probably one of the better cuts of beef to smoke. It usually has a decent amount of fat that helps to absorb the flavors of the grill. I took a few weekend hours to marinate and make this smoked beef chuck recipe. Here was my experience.

I started by preparing the marinade, I used this wet-marinade for beef recipe as my base.

Directions:
Mix all the ingredients together and marinade meat in refrigerator 8 to 12 hours, rotating meat occasionally.

I decided against the cilantro but kept the others. I placed the meat inside a zip-loc bag with the marinade, then inside a tall, narrow bowl. I rotated the bag every hour or so. 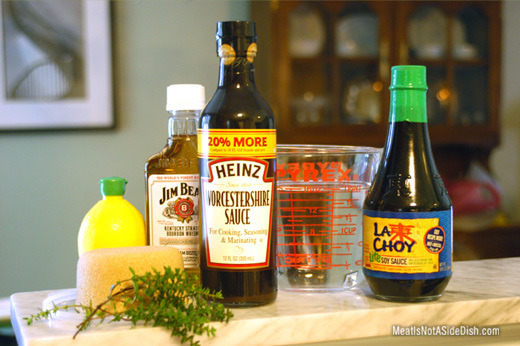 After a few hours marinating and after the smoker was at a constant 225 degrees, I started smoking the beef. My goal was around 4-5 hours, but I know sometimes that changes. I took the internal temperature of the beef 2 hours into it and it was at 140 degrees at the thickest part. I felt I was right on schedule as we were having company and I didn’t want it to be too “rare”. I decided to pull the meat at 4 hours, any longer and I would have had to put more charcoal on because of my new grate modification. 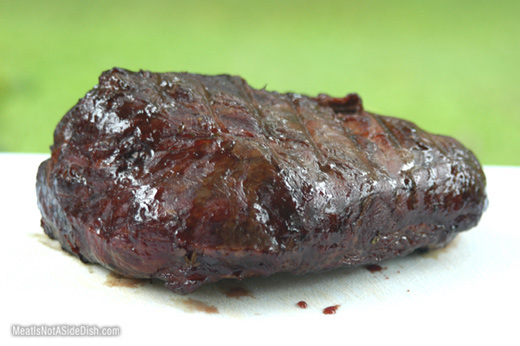 It ended up tasting delicious. The flavors of the marinade were powerful enough to have you thinking, “what flavor am I tasting now?”. Some might not like the whiskey combined with the mesquite smoked flavor, but apparently it was well-liked enough to make left-overs the next day.

With as well as it went, I wonder how it would have been with a dry rub instead. We still have another 2 lbs., so maybe I will try that with the next round.