Grilling chicken on a plank may sound easy enough, but not all things work out as planned. Here is a quick story of how I dealt with an unexpected situation when I was planking on the grill, and was able to adapt to the problem and produce an unbelievable result, which I would like to call “Improvised Cedar Plank Chicken”.

This past Saturday, the outdoors was so nice, it got me in the mood to try a different technique of grilling chicken. You probably know what I mean, kids are playing, neighbors are also grilling, what a great time to try something you haven’t done in awhile. For me, it was throwing a plank on a new grill that I had fired up only once before. Alright, maybe it wasn’t “new”, it was given to me by a friend of the family, but it was certainly new to me. My old grill basically had two temperature settings, “medium” and “burn-the-hell-out-of-your-food”. So getting this new grill has been like going from driving a Ford Focus, to a Cadillac CTS.

I started by soaking a cedar plank in water 1 hour before I preheated the grill. I then prepared about 1-2 lbs of chicken breasts by lightly sprinkling them with a garlic/lemon seasoning, Jamaican jerk seasoning, and parsley. After the plank had soaked, I grilled the plank bare for 4 minutes then flipped it over, placed the chicken on it and then positioned the plank over the direct heat. 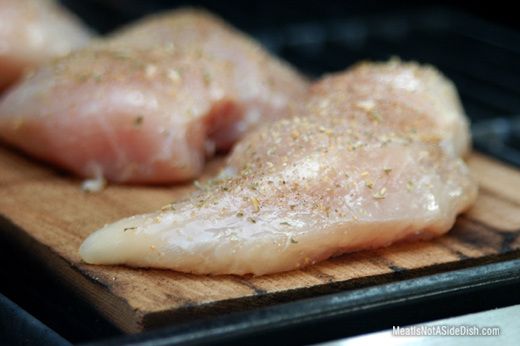 Here began the problem. I think it was because I wasn’t use to looking at the grill’s internal temperature gauge. I got so use to my old one, that it didn’t phase me to pay attention to the new one. After only 5 minutes of grilling, the grill was so hot that it caught the plank on fire. (Note: To keep this situation from happening to you, keep the grill’s temperature down to around 300-350F. Also, keep a spray bottle of water nearby to help extinguish any high flames.) 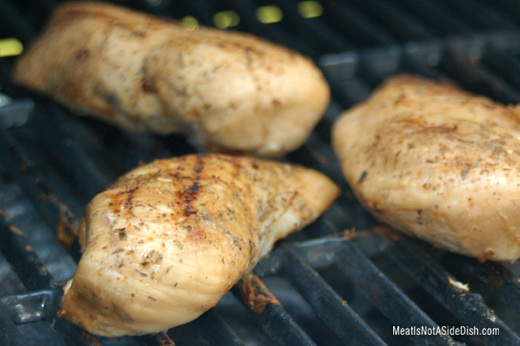 Normally, this isn’t a problem, but it doesn’t usually catch fire that quickly. Also, it was quite intense, almost burning the chicken and I couldn’t get it to extinguish without taking it off the direct heat. Luckily, I was able to quickly remove the chicken and place them on the burners before they were charred. I then placed the cedar plank on the upper rack to let it burn. 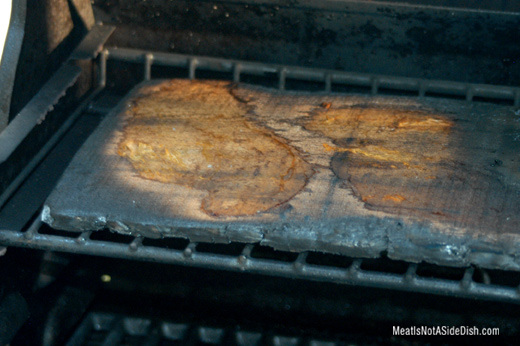 Since I have smoked quite a bit of meat in the past, I figured that keeping the smoking plank on the grill could actually help the flavor. I turned down the burners and continued to grill the chicken for another 15 minutes. I placed them back on the plank for the last minute or so and took the internal temperature of the chicken. At 170F, the chicken looked perfect. The taste was great and I wouldn’t mind making this “mistake” again. 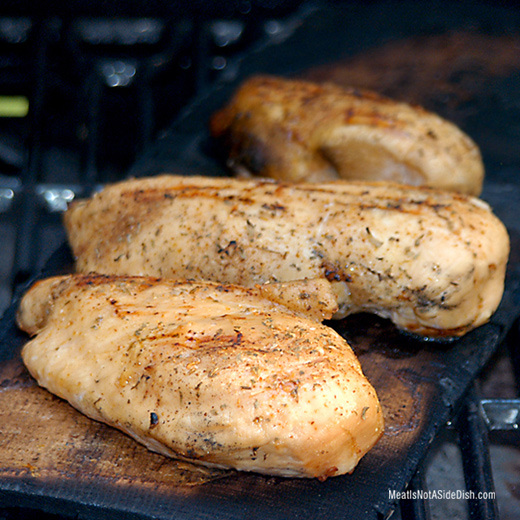