For the following, I used this sun-dried tomato recipe as inspiration:

My wife and I have a small garden that grows cherry tomatoes and I wanted to get as much use out of our harvest as possible. I’m sure you know how it goes, when you finally have a good growing season, you are trying to figure out what to do with all of the “extras”. I’m not really into canning just yet, so I figured drying the tomatoes would be another great way of preserving our summer crop. 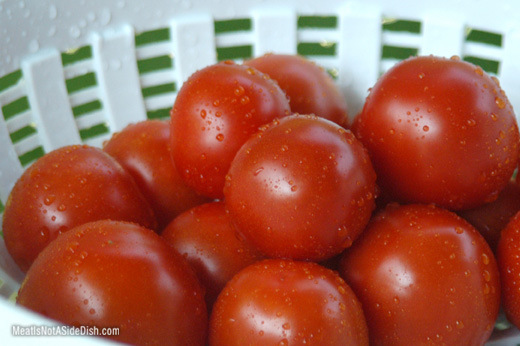 I started by picking tomatoes that were still just a bit orange. We have had a problem with the ever-popular stink bugs, so I always take the opportunity to pick when I can. To speed up the maturing process, I simply put the tomatoes in a paper bag with an apple. I leave them overnight and then place them on the window sill until they are bright red (discard the apple). 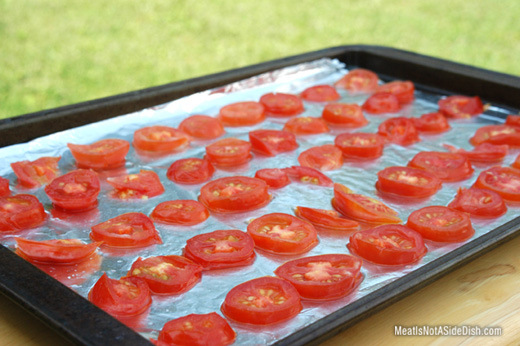 After the tomatoes were bright red, I sliced them horizontally so they were under a 1/4″ thick. I placed them on a cooking sheet and coated them lightly with salt. I waited a half hour then rinsed them off. Since the baking sheet had a lip around the outside edge, I was able to tighten the cheesecloth directly across the baking sheet so it wasn’t touching the tomatoes. Basically, the purpose of the cheesecloth is to keep the insects off of the tomatoes. The sun was quite intense throughout the day and after about 4-5 hours, I brought them inside for the night. I wasn’t so lucky for the next few days. I didn’t want them to sit around while I was waiting for mother nature to shine again. So, I set the oven for 170 degrees and baked them for about 2 hours. This was the perfect amount of drying time. After letting them cool, I placed the Sun/Oven Dried Tomatoes into a zip-loc bag to keep in the refrigerator until we were ready to eat. 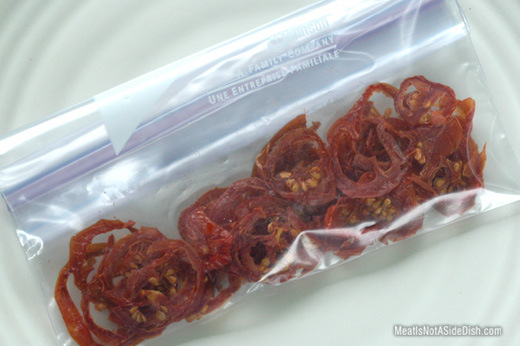